More than a word: How can economics contribute to Indigenous reconciliation?

July 27, 2021 - More than a word: How can economics contribute to Indigenous reconciliation?

Reconciliation Australia’s theme for 2021, “More than a word”, highlights the need to convert awareness into action:“For reconciliation to be effective, it must involve truth-telling, and actively address issues of inequality, systemic racism and instances where the rights of Aboriginal and Torres Strait Islander peoples are ignored, denied or reduced.”

Co-hosted by the ESA, WEN and Charles Darwin University (CDU), this event will showcase recent contributions to research by economists in Australia on issues affecting the wellbeing of Aboriginal and Torres Strait Islander people, as well as learning from the expertise of members of Australia’s Indigenous community.

The presentation will include key findings from two recent papers on Indigenous wellbeing published in the Economic Society of Australia’s Economic Recordand Economic Papers.

“Financial resilience is characterised by four sets of variables, namely economic resources, financial inclusion, financial capability and social capital. The purpose of this study is to examine the association between financial resilience and life satisfaction of Indigenous Australians using the (2014/2015) National Aboriginal and Torres Strait Islander Social Survey data. The results reveal that running out of money for living and problems in accessing financial services have significant negative implications on the life satisfaction of Indigenous Australians. The ability to raise money in an emergency, social connections and community support in times of crisis contributes to greater life satisfaction.” 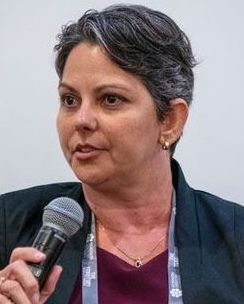 Ms Renee Long will present on the topic of “Achieving Indigenous economic participation by intervening around contracting conditions: Possibilities, issues and future challenges”. This presentation will discuss recent developments and policy options linked with favouring Indigenous businesses; public procurement approaches; distinctions around North versus South Australian perspectives; considering bureaucratic and transaction costs; evidence and demonstration of outcomes; and the need to link economic thinking to realistic policy design. Renee is an Aboriginal Territorian who has had an extensive career in the public sector in both State and Federal Governments. Renee was also the inaugural Chief Executive Officer for the Northern Territory Indigenous Business Network. Working across a broad range of projects that include policy development, program management and service delivery has led to developing strong knowledge of Aboriginal economic development and employment programs. Renee has almost completed her Master of Public Policy and has qualifications in Government Contracting and Procurement and PRINCE2 Project Management.

Further details of the event can be found here